Bitcoin (BTC) has endured a tough 2022 as the asset corrected over 70% from its all-time high of almost $69,000. The performance of the flagship cryptocurrency is also correlated with the stock market as investors look for signs of divergence and find a bottom for a possible rally in 2023.

Along these lines, Bloomberg Intelligence commodity strategist Mike McGlone predicted that Bitcoin will likely experience a ‘hot period’ and continue its rally and potentially outperform financial markets, he said in a tweet on Dec.

The strategist also stated that Bitcoin’s ability to recover will be affected by the Federal Reserve, which is returning from aggressive monetary policy. 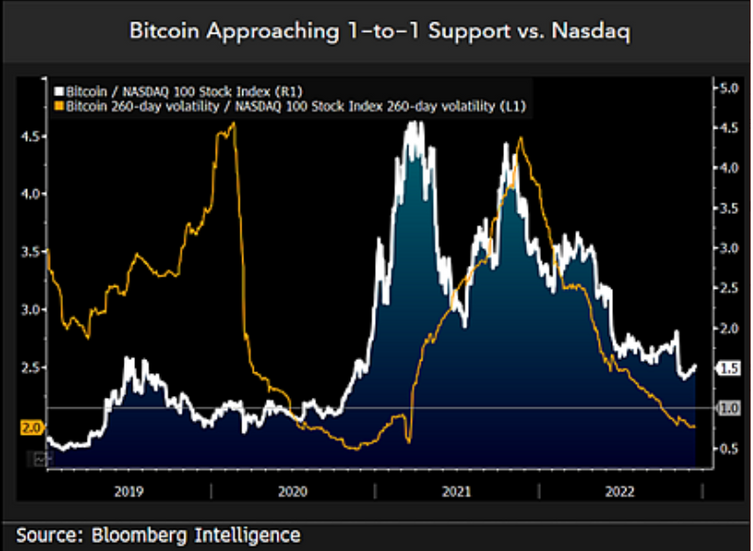 In his analysis, McGlone added that in 2023, the global economy will focus on a possible downturn and Bitcoin will most likely come to the fore and become a digital collateral. He pointed out that Bitcoin’s correlation with the Nasdaq index could translate into supporting the digital asset.

In his argument, McGlone stated that cryptocurrencies are the fastest growing technology that will gain the upper hand once ongoing market conditions end. Meanwhile, the expert argues that Bitcoin will likely reach an all-time high of around $100,000 in the coming years.